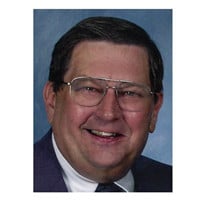 Robert “Bee Jay.” Jachim, 84 of Syracuse passed away peacefully at his home. A devoted husband, father, dziadzi, brother, uncle, and friend, Robert proudly served his country during the Korean War as part of the 74th Regimental Combat Team in the U.S. Army and remained active in Veterans organizations and activities throughout his lifetime. A graduate of St. John’s Catholic Academy, Robert married the love of his life, Dorothy Grudzinski, in Sacred Heart Church on June 27, 1959. Their Catholic faith and Polish heritage were the foundation for a blessed life raising their family while serving their church and the community. Robert was an active member and held leadership roles in the I.J. Paderewski Choir, Syracuse Polish Community Home, Polish Roman Catholic Union Syracuse organization, and was named an honorary member of the Polish Singers Alliance of America. He was a member of the Sacred Heart Seniors and Knights of Columbus #6282, coached in the West End Little League, and was active in scouting. Affectionately known as "Bee Jay" to his friends, many of whom gathered at Murphy’s Tavern, he always made time to help Veterans through fundraising and volunteer service. He was a past officer of the American Legion Pulaski Post 1650 where he played Santa Claus for the children or many years and served in state leadership roles of the Polish Legion of American Veterans, U.S.A. He was one of 80 Veterans who traveled on Honor Flight Syracuse’s Mission 9 to Washington, DC. He retired from Carrier Corporation after 41 years, enjoyed competing in regional and national bowling tournaments, and loved the outdoors, which included tending to his vegetable garden and regular camping trips to Raquette River. An avid fisherman, he organized annual trips to Quebec where dozens of fish were caught and glasses of Molsons raised to celebrate good fishing and good friends. In addition to his loving wife, Dorothy, Robert is survived by sons Mark (Christine) and Christopher Scott (Marianne); daughter Michele Barrett (Scott) and grandchildren Timothy, Christopher, Kaitlyn, Courtney and Allison. He is also survived by a brother Richard (Mary Frances), sister, Patricia Sparks (Timothy), sister-in-law, Elaine Jachim and many special nieces, nephews and cousins. He was predeceased by his parents, Michael and Sally Jacuk Jachim, and brother, Leonard. The family is grateful for the compassionate care provided by Drs. Joseph Barry and Tarek Sousou and their staff, and all with whom he interacted on Team Red at the Syracuse VA Medical Center, including Drs. Tammy Anthony and Satinderpal Sandhu. The staff and residents at The Hearth on James were extended family who will always be remembered with gratitude for their kindness and love. Family and friends will gather at the Giminski-Wysocki Funeral Home, from 4:00 PM to 7:00 PM on Thursday, June 13th. Prayers will be said at 9:00 AM at the Funeral Home; 1320 West Genesee Street in Syracuse, prior to the Mass of Christian Burial to celebrate Robert’s life, which will be held 9:30 AM, Friday, June 14th — Flag Day— at the Basilica of the Sacred Heart. In lieu of flowers, please consider honoring Robert’s memory through support of a Veterans organization of your choice or the Project Purple Foundation that assists individuals with pancreatic cancer. As one of Bee Jay's many talents was writing poetry, an excerpt from a poem he wrote in 1992 is a fitting tribute to honor a life well lived and a fisherman well loved: “Weep not for us, for we have gone To waters we do not know. We’ve weathered all the storms at sea And all the storms below. Our poles are gone, Our reels are packed, Our boxes put away. And knowing that our God is just, We’ll fish again someday.”

The family of Robert "Bee Jay" Jachim created this Life Tributes page to make it easy to share your memories.

Send flowers to the Jachim family.