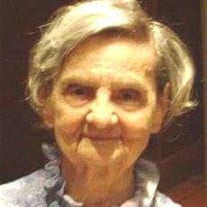 Regina “Virg” Hayes, 97, died peacefully on Monday, at St. Joseph’s Hospital in Syracuse, NY. Regina was born to the late Ignacy and Anna Fabisiak (Kucharski) on August 9, 1918, in Phoenix, NY. She was the eighth of nine children. All of her siblings predeceased her: sisters, Hattie (Toman), Helen (Rudolph), Lucille (Koval), Irene (Tyson); and brothers, William, John, Theodore and Edmund. She is also predeceased by her loving husband, Frederick Hayes, of 54 years. Regina grew up on her family’s dairy farm in Phoenix, New York. While her family struggled during the Depression as many Upstate New York farms did, she often recalled that those times on the farm were happy and freedom filled. She attended Phoenix High School. She met her husband, Frederick Hayes, through her brother Johnny in Phoenix. She remarked how Fred had made her swoon after holding her while he took her ice skating. She married him on August 22, 1942, and she never stopped loving him. She joyfully had five daughters with Fred. Indeed, raising her daughters meant everything to her, and one of the many things she loved was to be a Brownie Troop Leader. She also worked for Hall-McChesney for several years as a Keypunch Operator, which was part of the start of data processing for early digital computers. She loved her family above all else, but she had many other favorites: Skaneateles, crocheting, long walks around Syracuse including around Sunnycrest Golf Course, the “Golden Girls”, “doing lunch”, Maine, cooking, mystery novels, champagne, apple and strawberry picking, her Catholic faith, good English tea, strong coffee, and abundant laughter. She believed that every second of life was worth fighting for, and that the love she had for her family gave her the reason to keep on believing in that fight. She is survived by her sister-in law and brother-in-law, Doris and Donald Gosch; daughters Kathy Burns (Jim), Eileen Mandujano (John), Jeanne Hanley (Daniel), Kellie Bugge (Carmen), Beth Kay (Brian); grandchildren, Nicole Hanley, Jennifer Wilbur (Todd), Joseph Hanley, Brandon Bugge, Vincent Bugge, Lyndsey Kay; and her three great-grandchildren, Daniel, Alyssa, and Nathan. Calling hours will be from 4:00-7:00 pm, Tuesday, July 5th, at Giminski-Wysocki Funeral Home; 1320 W. Genesee Street, Syracuse. A Mass of Christian Burial will be held on Wednesday, July 6th, at 9:30 am, at Transfiguration Church, 740 Teall Avenue, Syracuse. The burial will take place at Pleasant Lawn Cemetery in Parish, NY. Donations in lieu of flowers can be made in her memory to Transfiguration Church.

The family of Regina "Virg" Hayes created this Life Tributes page to make it easy to share your memories.

Send flowers to the Hayes family.