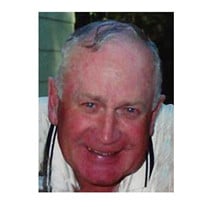 Karlton F. Campbell, 78, of Lakeland, passed away peacefully at home on Friday after a courageous battle with Multiple Myeloma. Karlton was born on September 25, 1935, in Montour Falls, NY, to Lillian and Karl Campbell. He graduated from Horseheads High School and was employed by Southern Oil Company. He moved to Syracuse in 1955 and operated three service stations for Rotary with his two brothers. In 1958, they formed Campbell Brothers Auto Service. He retired from his business in 1994. Karlton was an avid hunter and fisherman, and belonged to the Twin Falls Club and several other sports clubs in the Adirondacks. He enjoyed all sports, especially NY Yankees baseball and all SU sports. He attended many Mets games in Port St. Lucie, FL. He also enjoyed golf, and was a former member of the Seneca Golf Club and Monterey Men's League in Stuart, FL, where he wintered for 18 years. He was instrumental in helping his daughter, Kim, establish the Shelburne Meat Market in Vermont, the success of which led to three stores in two states. He was a loving and caring husband, father, grandfather, uncle and friend to many. Besides his parents, he was predeceased by his brothers Neil and Duane. He is survived by his loving wife of 44 years, the former Rose Marie Stasko; two daughters: Kim Ready of Burlington, VT and Valerie Alberti of Madison, CT; grandsons Sean and Christopher Ready, Paul and Peter Alberti; two sisters-in-law, Lorraine Wenner and Joan Hall; several nieces and nephews and all his great friends. The family would like to extend their special thanks to Hematology & Oncology Associates, and to Hospice, for their caring support. Services will be held at Giminski-Wysocki Funeral Home, with calling hours on Monday from 4-7pm. Funeral services will be help on Tuesday, 9:30 am, at Giminski-Wysocki Funeral Home, 1320 W. Genesee St., with burial following at St. Mary's Cemetery, DeWitt. Contributions may be made to Hospice of Central New York; 990 Seventh N. St. Liverpool, 13088 or Lakeside Fire Department; 1002 State Fair Blvd., Syracuse, 13209.

Karlton F. Campbell, 78, of Lakeland, passed away peacefully at home on Friday after a courageous battle with Multiple Myeloma. Karlton was born on September 25, 1935, in Montour Falls, NY, to Lillian and Karl Campbell. He graduated from Horseheads... View Obituary & Service Information

The family of Karlton F. Campbell created this Life Tributes page to make it easy to share your memories.

Send flowers to the Campbell family.