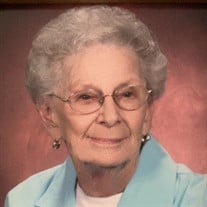 Helen Catherine Scoville, aged 91, passed peacefully away on January 16th, 2020. With her passing, the world lost a grand ole broad (in her own words), one of the good ones. Wicked wit and sass matched with a heart of gold. Coci — pronounced "chuh-chee," a kind of muddled version of the Polish word for aunt - was a force and a gentle soul all at once. Friends with everyone and brimming with enthralling and often hilarious stories, one couldn't help but be drawn like a moth to her flame. She was caregiver for most of her life: first to her husband, then to her sister and finally to her brother-in-law, and never thought twice about her sacrifices. A true lover of life, it is only fitting that some of the last words she said were, "Well, it's been a great run, gals!" Born Helen Meckowski on March 22, 1928 in Syracuse, New York, she grew up during The Great Depression as one of four children to two Polish immigrants. Despite having little money, she had two pairs of shoes - one for church and one for school - and she thought they were rich. She carried this care for the little things with her throughout her life, even after hard times had passed. Helen met and fell in love with Donald (Don) Scoville as a teen, and they married In 1947 right after he returned from WWII. Little known fact: she lived in Florida briefly right after she was married. However, she and Don were drawn back to Syracuse, where she spent her formative adult years. While she completed high school and some business school, she fell in love with the sociable nature of waitressing and spent her career in the hospitality profession. In 1980, she made the jump from the cold and snow of Syracuse to the bright and balmy breezes of Satellite Beach, Florida. Along with her sister, Romalda (Ronnie), brother-in-law, Richard (Dick), and husband, she settled into the house she would call home until her recent passing. She was full of love and spunk. Always the quick wit, she loved bingo, frogs and the color blue. And did she love to shop … nary a bargain passed her by without her sniffing it out. Ever the social butterfly, there was rarely a place Helen would go that she didn't run into someone she knew. Her years as a waitress at The Blueberry Muffin and as a sales associate at Bealls endeared her to many of her coworkers and customers, making her a well-known and liked figure in the Satellite Beach Community. Chatting for hours at end on the phone and in person, she always remembered special dates and kept up with even the longest of long-distance acquaintances. Helen was also a devote Catholic, praying daily to the Blessed Virgin and being an active parishioner of The Holy Name of Jesus Church. She took great solace in her faith and hoped to reunite with those that left before her in heaven. She is survived by her niece, Barbara Gargan, and Barbara's husband, Michael; her niece, Patricia Friers, as well as Patti's children, Ed and Amy, their spouses, Jeanette and Akbar, and her grandchildren. She is also survived by Barbara's daughter and her grandniece, Colleen Conkling, and her husband, David. And last but not least, her newest and littlest fan, her great-great grandniece, Calliope Conkling, who called her "funny Coci." She is also survived by an incredible community of faith and friendship throughout Satellite Beach and the Indian Harbor area. Her family is forever grateful for all of the love and support. Helen was a one-of-a-kind lady, a special Coci and friend, and we will miss her dearly. A service of remembrance was held at Beach Funeral Home, 1689 S. Patrick Drive, Indian Harbor Beach, FL, 32937 on January 20, 2020. Helen will be interred with her husband in a private burial on Monday August 24th at 1 pm at Sacred Heart Cemetery in Geddes. In lieu of flowers, the family asks that you consider making a donation, in her honor, to the William Childs Hospice House; 381 Medplex Pkwy, Palm Bay, FL 32907.

Helen Catherine Scoville, aged 91, passed peacefully away on January 16th, 2020. With her passing, the world lost a grand ole broad (in her own words), one of the good ones. Wicked wit and sass matched with a heart of gold. Coci &#8212; pronounced... View Obituary & Service Information

The family of Helen Catherine Scoville created this Life Tributes page to make it easy to share your memories.

Send flowers to the Scoville family.